Pamela
Pamela has had a life of experiences with animals,dogs,horses, cows, pigs,in other words farm life. Harley, a tri-colored male corgi, who was extremely busy, and a hard nut to crack for just some basic training commands, showed Pamela the path to the sport of agility. Her love for the agility sport has become a way of life for Pamela, who now offers weekly lessons, dog training, and seminars on the sport of agility. “All my animal life experiences have contributed to the methods I use in my agility training. How rewarding those life long skills and experiences were when I won my first National Agility Titles with Harley and Jo Dee in 2008, and retained those titles in 2009 & 2010.” said Pamela The blink of an eye, twitch of an ear, location of a shoulder or hip, nose up or down body movements are all key animal body language expressions of communication for a trainer to be aware of.

Predatory Behaviors in seven steps: orient, eye, stalk, chase, grab-bite, kill-bite, dissect. Dogs do not necessarily exhibit all of these behaviors even though they are designed to implement them.

Orientation on the prey animal starts the sequence. The dog focuses on the prey with an intent stare honed to perfection in the Border Collie, then stalks the prey with a slinking motion to get into position for the chase or pounce. The chase may culminate in a grab-bite or a kill-bite but the chain often breaks before the kill and ends with most dogs before the prey is eaten.

Predatory behaviors begin at different ages in different breeds; while Border Collies and some other breeds may stalk prey at 10 weeks of age, guardian breeds generally don’t develop this behavior until they are five-to-six months old. Herding dogs orient, focus, stalk, and chase livestock, but with few exceptions, the behavior chain is broken before the grab-bite.

Flock guardians exhibit none of these behaviors towards sheep because farmers place their puppies with the sheep before stalk and chase behavior are triggered, so the dog becomes accustomed to the sheep and never learns that they might be fun to chase and even kill.

Pointers, retrievers, spaniels, and other breeds developed to hunt and retrieve game birds also have an interrupted predatory behavior sequence. Spaniels flush their birds and pointers freeze when they scent their birds; both wait until the hunter completes the shot and sends them to retrieve the downed game.

Terriers generally carry the sequence through to the kill and are therefore still valuable as pest control. Dogs of many other breeds kill small wild animals and non-resident cats even if they get along with other pets in their households.

Size may determine mod us operandi, but not the instinct to do the job.
Once dogs get past about 25 pounds, size does not have a lot to do with the propensity to herd, hunt, pull, or do other canine jobs.

Predatory drift is when normal dog “play” crosses the line into predatory behavior.
Many things can trigger this such as:
1. Yelp
2. Over excitement
3. Pain
If dog’s are playing too rough and and the smaller dog lets out a yelp, this could possibly trigger predatory instinct in the larger dog, they then see the smaller dog as prey. As you could imagine this could lead to injuries.

Predatory drift can be particularly dangerous in a dog park, when a yelp could trigger a whole pack of dogs to attack another. If your dog is playing too rough with another, especially if one of them is smaller, keep a close eye to make sure their playing doesn’t get out of hand.

You cannot mistake this predatory instinct as an aggressive behavior, it is not a conscious decision the dog is making, it is a primal instinct. All dog’s are predators by nature, it was a necessary survival tool before they became domesticated.
Posted by Pamela at 3:38 AM 1 comment:

Class Schedule for January and February 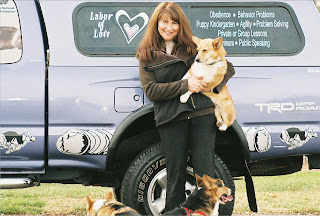 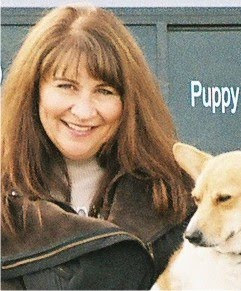 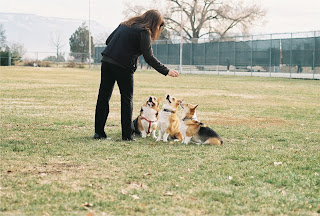